How did you teach your two-year old daughter to read?

This is a question I’ve been asked several times over the past few months.  My answer is always the same…I didn’t.  I fully intended on teaching her how to read as I wanted to be the one to do it, but since she reads well on her own I may not even have to do this. 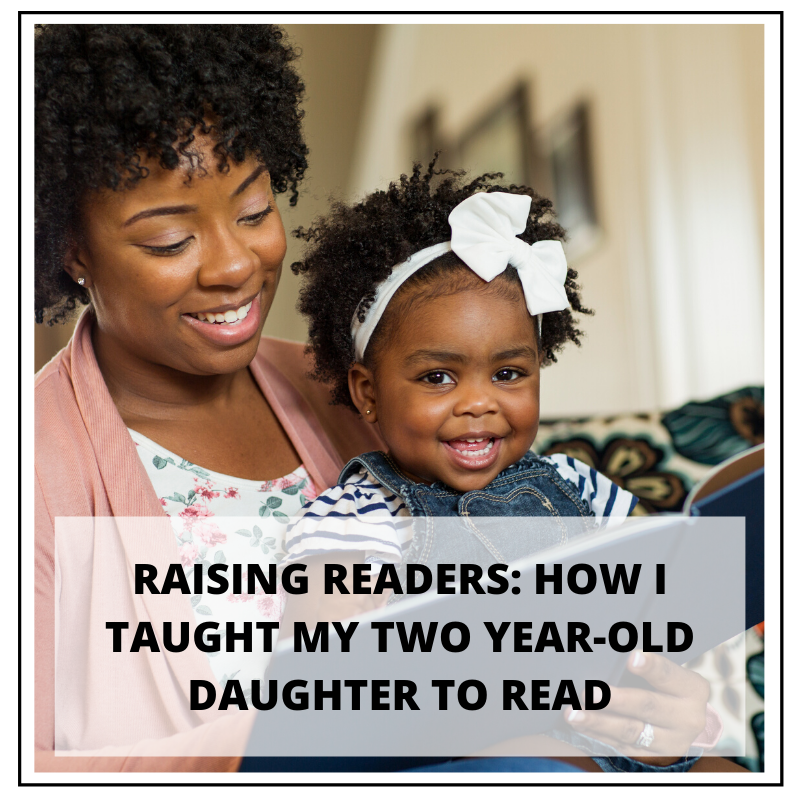 Not many people know that my daughter can read as it’s not something I go around telling others.  I’ve noticed sometimes people think you’re bragging or maybe even lying, when in fact you’re just happy and proud.  Therefore, only a handful of people have been privy to my daughter’s reading skills.

Education has always been extremely important to me.  When I was a child I used to always say I wanted to be a teacher when asked what I wanted to be when I grew up.  Well, when I finally “grew up” I changed my mind and decided on the computer field instead.  Perhaps some day I’ll be a college professor and finally have the opportunity to fulfill my dreams of teaching.  For now, I’ll settle as being my children’s first teacher.

I knew even before I had children that I didn’t want to their learning left entirely up to the public school system.  I make it a point to supplement whatever they are learning in daycare or school with my own teachings by making it fun.

Here are some things that worked really well for us in helping my daughter to read:

Around the age of 18 months I noticed my daughter had become smitten with the alphabet.  She was always singing the ABC song and she only wanted me to read her alphabet books.  By the age of two, (24 months) she could recite several sight words and started taking more of an interest in words and what they said.My daughter is now almost 3 years old (33 months) and she can read several easy reader books on her own.  At first, I thought she was just reciting the books we owned from memory because she knew them so well.  However, I realized that wasn’t the case when I started giving her easy reader books to read that she’d never seen before.  That’s when I realized…my baby can read!  She can actually read!  And I’m not talking just those beginner reading books that contain sentences like, “Pat sat on her mat” and “See the fox run.”I guess all my hard work is paying off.  I am raising readers!  Of course, she’s still very much in the beginning stages of reading, but she’s off to a great start!

Here are a few other things to note:

I plan to follow this same approach with my 18-month old son.  He’s already showing signs of following in his sister’s footsteps.  I look forward to seeing if he learns to read on his own the same way my daughter did.
Your turn:  What has helped your child learn to read?  Feel free to let me know your tips in the comments.
Share
Leave A Comment
Share The Post
Join the Conversation
Cancel reply

8 thoughts on “Raising Readers: How I Taught My Two-Year Old Daughter to Read”