You Should Meet by Laurie Calkhoven, illustrated by Monique Dong

I am super excited about this amazing new nonfiction Ready-to-Read biography series from Simon and Schuster (Simon Spotlight) called “You Should Meet.”  These biographies will feature inspiring people who have achieved amazing success in their field.  The first books in the series are being released on September 6, 2016 and a third book will follow in January 2017.

Each book also includes extra historical information, math and trivia.  I think these would make great additions to any home school, classroom or home library.  Recommended for children ages 6 – 8 in grades 1 – 3.  Check them out! 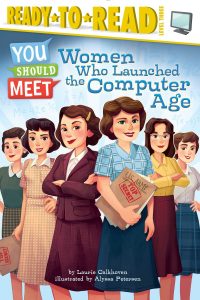 Meet the women who programmed the first all-electronic computer and built the technological language kids today can’t live without in this fascinating, nonfiction Level 3 Ready-to-Read, part of a new series of biographies about people “you should meet!”

In 1946, six brilliant young women programmed the first all-electronic, programmable computer, the ENIAC, part of a secret World War II project. They learned to program without any programming languages or tools, and by the time they were finished, the ENIAC could run a complicated calculus equation in seconds. But when the ENIAC was presented to the press and public, the women were never introduced or given credit for their work. Learn all about what they did and how their invention still matters today in this story of six amazing young women everyone should meet!

A special section at the back of the book includes extras on subjects like history and math, plus interesting trivia facts about how computers have changed over time. 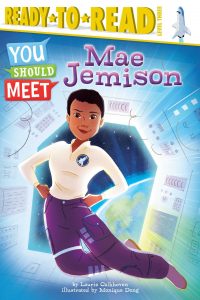 Blast off into space and get to know Mae Jemison—the first African-American woman to ever go to space—with this fascinating, nonfiction Level 3 Ready-to-Read, part of a new series of biographies about people “you should meet.”

Meet Mae Jemison, the first African-American female astronaut! Did you know before Mae was an astronaut, she went to medical school and joined the Peace Corps? But she never forgot her childhood dream to travel to outer space. So in 1985 she applied to NASA’s astronaut training program. On September 12, 1992, Mae flew into space with six other astronauts aboard the space shuttle Endeavour and made history—just like you can if you follow your dreams! 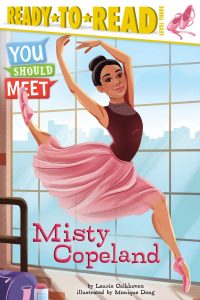 Pirouette across the stage and get to know Misty Copeland—the first African-American woman to become a principal ballerina with the American Ballet Theater—in this fascinating, nonfiction Level 3 Ready-to-Read, part of a new series of biographies about people “you should meet.”

Misty Copeland had always dreamed of becoming a dancer, but she had many obstacles to overcome before she could reach her dream. Although she was always challenged by the things that set her apart from other dancers, with a lot of hard work, dedication, and exceptional talent, Misty has become one of the most well-known dancers in America.

On June 30, 2015 Misty stepped on stage as the first female African-American principal dancer for the American Ballet Theater and made history!

A special section at the back of the book includes extras on subjects like history and math, plus a fun timeline filled with interesting trivia facts about dance. 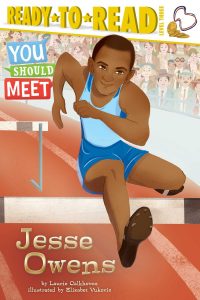 Meet Jesse Owens, an African American runner who won four gold medals at the 1936 Olympics in Berlin! What made his achievement even more memorable was that Adolph Hitler expected the Olympic Games to be a German showcase. In fact, he criticized the United States for even including black athletes on its Olympic roster. According to many reports, after Owens won his fourth gold medal, Hitler stormed out of the stadium. In 1936 Jesse Owens took a stand against racism and made history.

Your turn:  Are you excited about this new biography series too?  Feel free to share in the comments.

5 thoughts on “You Should Meet: A New Biography Series for Kids!”

The Bot That Scott Built + A Giveaway!

Book of the Week: This is Not a Cat! by David Larochelle

Milk Goes to School by Terry Border (A Book Review)