Waiting for Pumpsie is based on a fictional character named Bernard and his family, but based on true events from Pumpsie Green’s life.

All Pumpsie Green wanted to do was play baseball. He didn’t aspire to play for the major leagues initially, but he eventually went on to become the first Black baseball player to integrate the Boston Red Sox. Although Jackie Robinson broke the color barrier in baseball in 1947, it took the Red Sox another twelve years to integrate their team. They were the last team in Major League Baseball to have a Black player. 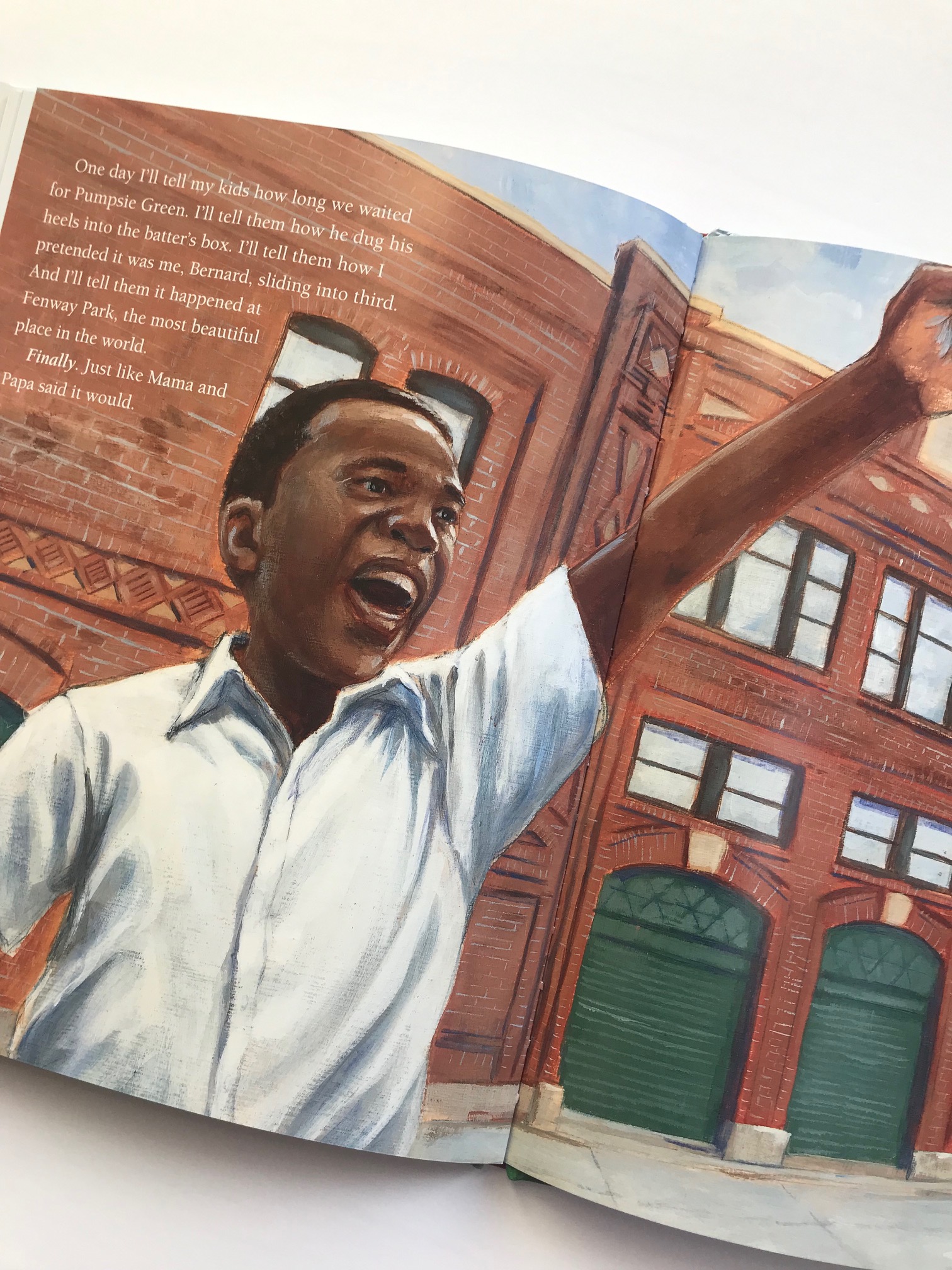 This is an inspiring and feel good story about equality and change. Pumpsie Green is currently still alive today and is sometimes invited back to Fenway Park to throw out a ceremonial first pitch at Red Sox games.

Click here to see a list of the first Black players for each Major League Baseball team.

About the Author
Barry has been a bartender, taxi driver, song writer, substitute teacher and writer for the Major League Baseball.  He grew up as a Mets fan and was eight years old when he first heard the name Pumpsie Green.  He lives in Manhattan with his wife and son.  Visit his website: onedogwoof.com.

About the Illustrator
London Ladd currently lives in Syracuse, New York.  He’s a graduate of Syracuse University with a BFA in Illustration. He has illustrated numerous critically acclaimed children’s books including March On! The Day My Brother Martin Changed the World (Scholastic), written by Christine King Farris, the older sister of Dr. Martin Luther King Jr.; Frederick’s Journey: The Life of Frederick Douglass (Disney/Jump at the Sun), written by Doreen Rappaport, and Midnight Teacher: Lilly Ann Granderson and her Secret School (Lee & Low Books), written by Janet Halfmann.  His goal is to open an art center in Syracuse so that young people and families can create their own art.  Visit his website: londonladd.com.

The Giveaway!
One (1) winner will receive a copy of Waiting for Pumpsie courtesy of Charlesbridge Publishing.  Open to all US based residents age 18 and over.  Good Luck!

Beep and Bob: A New Early Chapter Book Series for Kids! + A Giveaway!

Hands Up! by Breanna J. McDaniel (A Book Review)