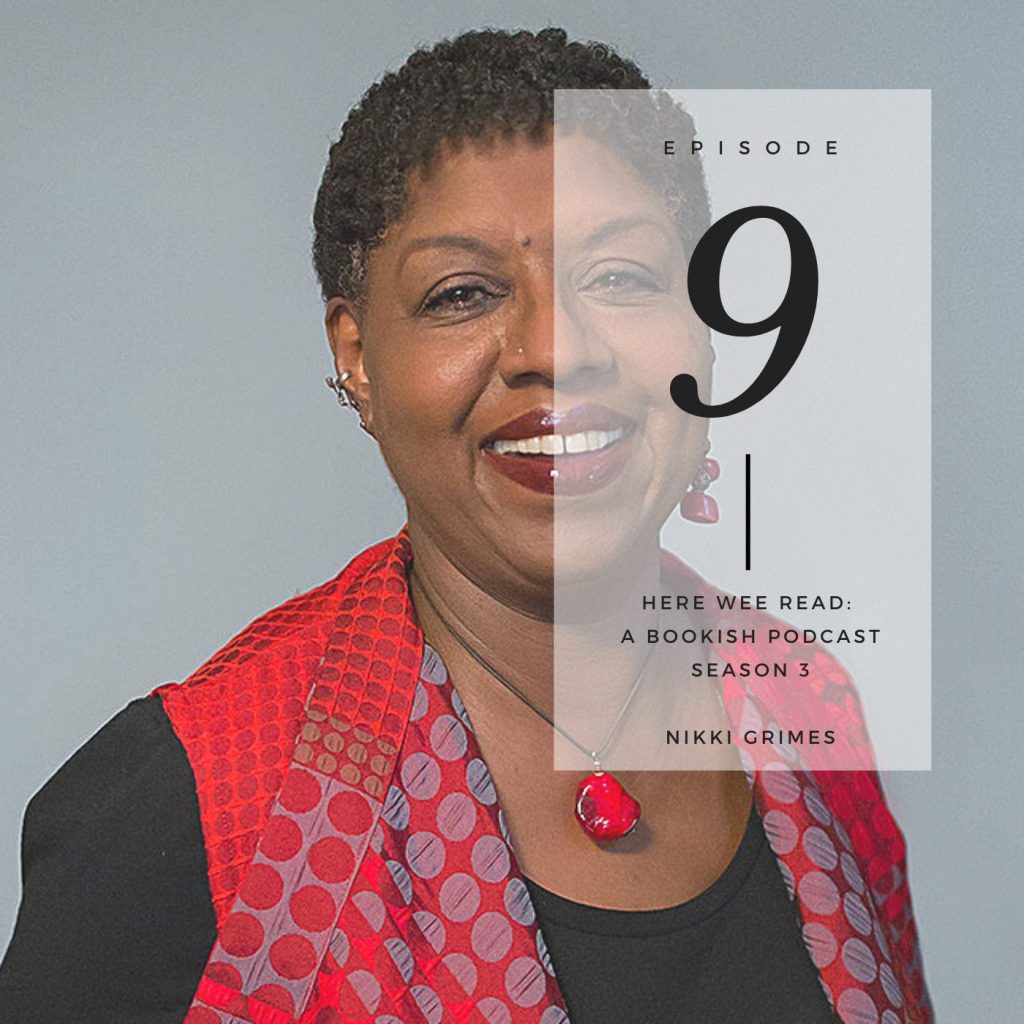 Nikki Grimes does not consider herself a bona fide storyteller, but, as she told an audience at the Library of Congress, she is happy to own the title Poet. Born and raised in New York City, Nikki began composing verse at the age of six and has been writing ever since that time.

A bestselling author and a prolific artist, Nikki has written many award-winning books for children and young adults including the Coretta Scott King Award winner Bronx Masquerade; the Coretta Scott King Author Honor books Jazmin’s Notebook, Talkin’ About Bessie, Dark Sons, The Road to Paris, and Words with Wings; Horn Book Fanfare for Talkin’ About Bessie; ALA Notable books What is Goodbye? and Words with Wings; the popular Dyamonde Daniel chapter book series, and numerous picture books and novels including The New York Times bestseller Barack Obama: Son of Promise, Child of Hope and, most recently, Garvey’s Choice and One Last Word: Wisdom from the Harlem Renaissance.

In addition to her work for children, Ms. Grimes has written articles for such magazines as Essence, Today’s Christian Woman, Book Links, and Image, Journal of Arts & Religion.

An accomplished and widely anthologized poet of both children’s and adult verse, Grimes has conducted poetry readings and lectures at international schools in Russia, China, Sweden and Tanzania, while short-term mission projects have taken her to such trouble spots as Haiti.

During the 1970s, Nikki co-produced and hosted The Kid’s Show on WBAI FM in New York. Later, during a six-year stint in Sweden, she hosted their radio program for immigrants, Grunslöst, and another for Swedish Educational Radio.

In 2005, Ms.Grimes was awarded the Golden Dolphin Award by the Southern California Children’s Book Association, recognizing her body of work.

Nikki has been honored with the NCTE Award for Poetry and the 2016 Virginia Hamilton Literary Award from Kent State University. In 2017, she was presented with the Children’s Literature Legacy Award for her “substantial and lasting contribution to literature for children.” In 2020, Nikki was chosen to receive The ALAN Award for outstanding contributions to the field of adolescent literature.

A Friend Like You: Frank Murphy, Kayla Harren, and Charnaie Gordon

30 – Practice Finishing: An Intimate Conversation with Lamar Giles About Books, Staying the Course, and Fatherhood

Everybody in the Red Brick Building: Up Close and Personal with Anne Wynter