Many people who were alive on September 11, 2001 will never forget the day when four planes crashed in New York City, Washington D.C., and Pennsylvania at the times noted above. Each year, I set reminders in my phone to pause for a moment of silence to pay my respects to the families who lost a loved one on that tragic day.

If you were alive, do you remember where you were or what you were doing when you first heard about the 9/11 attacks? I was just pulling into the parking lot at my corporate job, and I heard the news on the radio. I remember it being one of the most unproductive and sad days at work.

Much like the current pandemic we’re still experiencing, many people divide history into pre-September 11th and post-September 11th life. The 9/11 terrorist attacks altered our lives forever in many ways. September 11th has now become a day of reflection and remembrance for many. It’s a day to mourn the many lives lost, give thanks, and hug our loved ones a little tighter.

If you are a parent or educator looking for age-appropriate books and resources to talk to children about the unprecedented date, check some of these titles out.

Amanda Davis and Sally Wern Comport
5-9
Discover the inspiring story of the American flag that flew over Ground Zero, traveled across all fifty states as it was repaired, and returned to New York as a restored symbol of unity. This book is the story of that journey, a journey that ended at the opening of the National September 11 Museum, where the flag remains today.
Bookshop Amazon 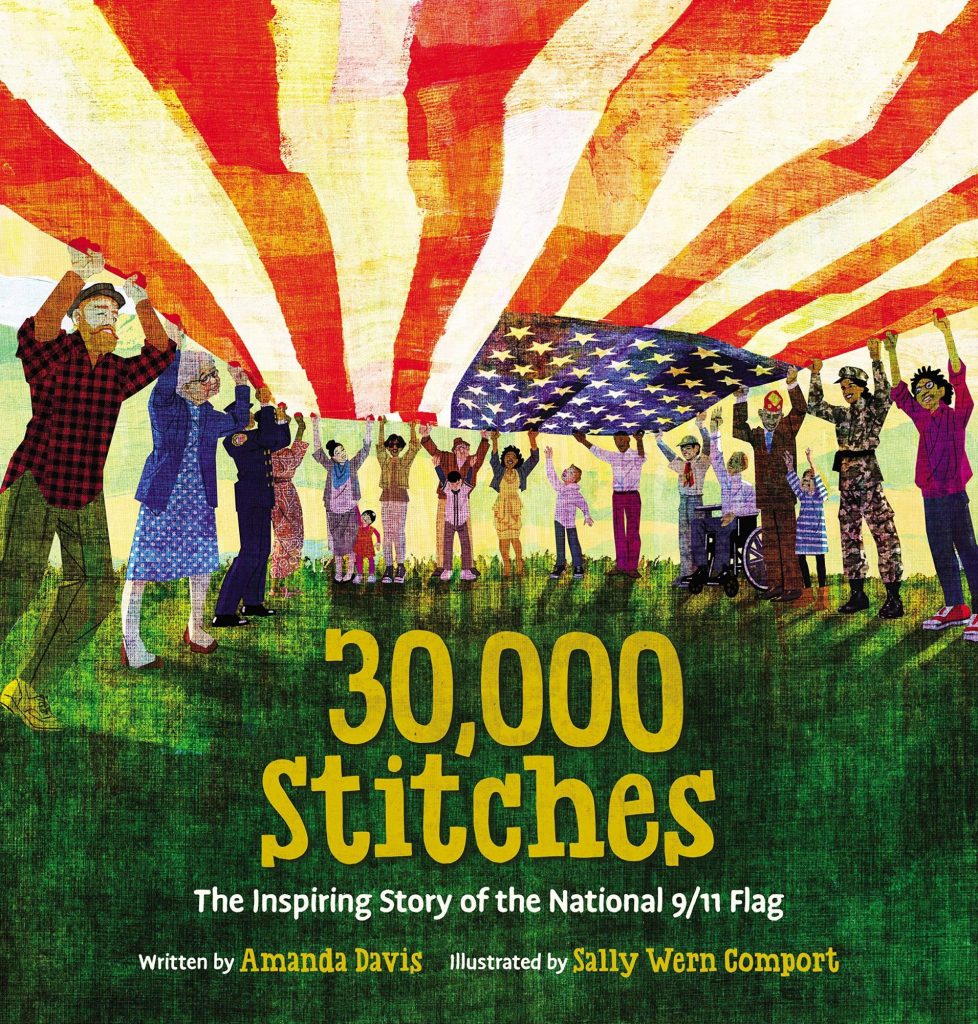 Marcie Colleen and Aaron Becker
4-8
This hopeful story of a resilient tree that grew (and still grows) at the base of the twin towers is a simple introduction for young readers to gain an understanding of September 11th and the impact it had on America.
Bookshop Amazon 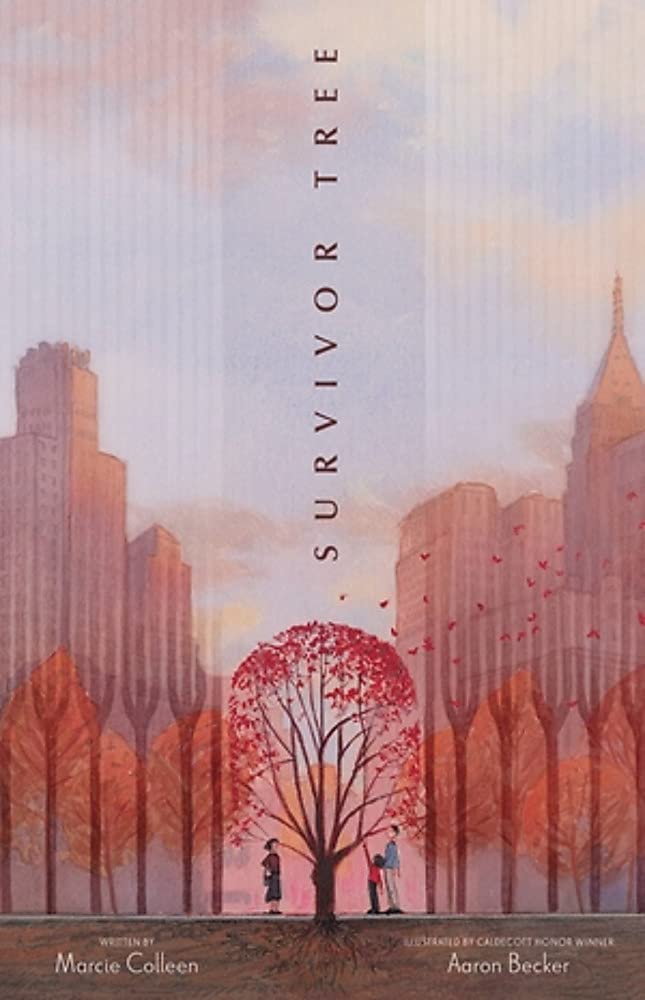 Branches of Hope: The 9/11 Survivor Tree

Ann Magee
4-7
The branches of the 9/11 Survivor Tree poked through the rubble at Ground Zero. They were glimpses of hope in the weeks after September 11, 2001. Remember and honor the events of 9/11 and celebrate how hope appears amid hardship. The Survivor Tree found at Ground Zero was rescued, rehabilitated, and then replanted at the 9/11 Memorial site in 2011. This is its story.
Bookshop Amazon 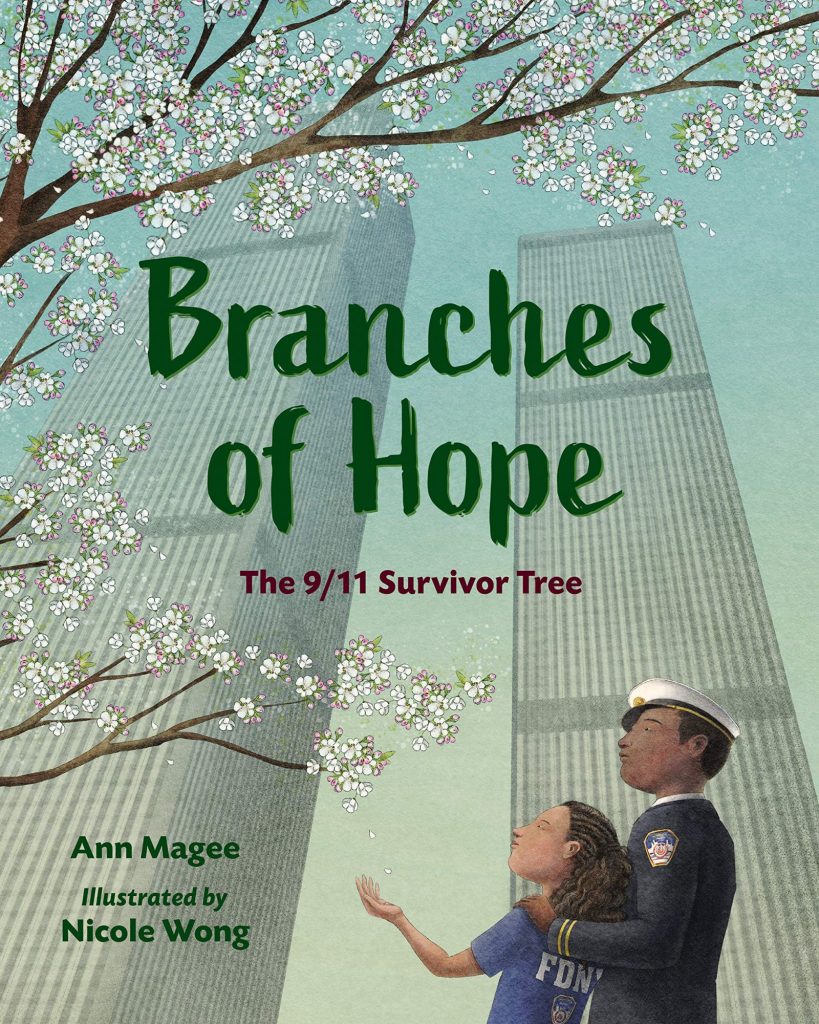 This Very Tree: A Story of 9/11, Resilience, and Regrowth

Sean Rubin
5-12
A deeply moving story about community and resilience, from the point of view of the Callery pear tree that survived the attacks on September 11, 2001. In the 1970s, nestled between the newly completed Twin Towers in New York City, a Callery pear tree was planted. Over the years, the tree provided shade for people looking for a place to rest and a home for birds, along with the first blooms of spring. On September 11, 2001, everything changed. The tree’s home was destroyed, and it was buried under the rubble. But a month after tragedy struck, a shocking discovery was made at Ground Zero: the tree had survived.
Bookshop Amazon 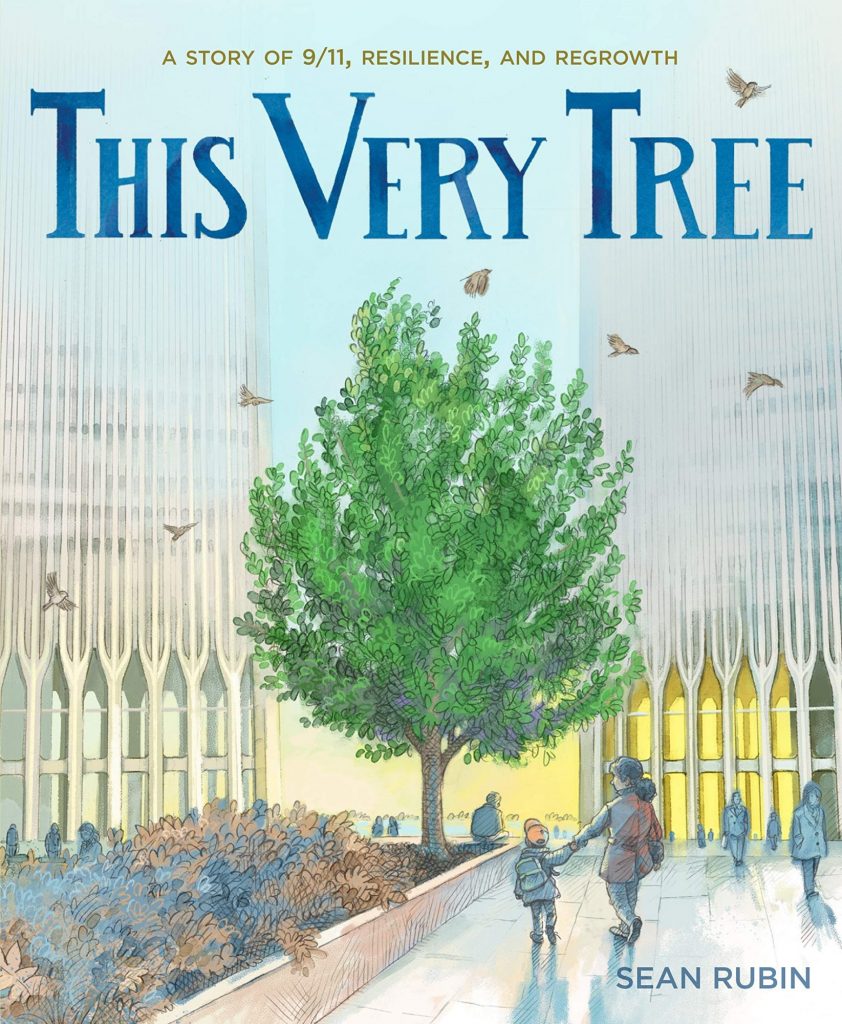 Fireboat: The Heroic Adventures of the John J. Harvey

Maira Kalman
5-8
This is the inspiring true story of the John J. Harvey—a retired New York City fireboat reinstated on September 11, 2001. Originally launched in 1931, the Harvey was the most powerful fireboat of her time. After the September 11 attacks, with fire hydrants at Ground Zero inoperable and the Hudson River's water supply critical to fighting the blaze, the fire department called on the Harvey for help.
Bookshop Amazon 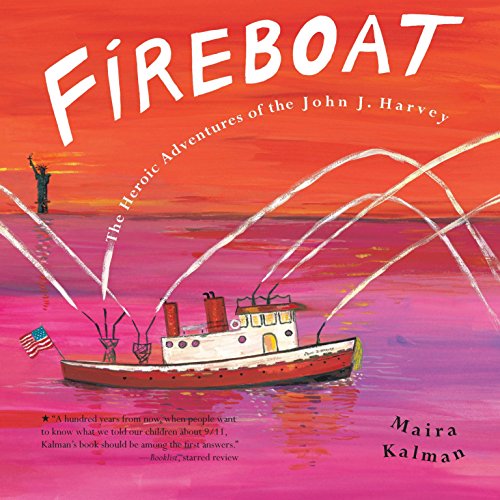 What Were the Twin Towers?

Jim O'Connor, Who HQ (Author), Ted Hammond
8-10
Discover the true story of the Twin Towers—how they came to be the tallest buildings in the world and why they were destroyed. When the Twin Towers were built in 1973, they were billed as an architectural wonder. At 1,368 feet, they clocked in as the tallest buildings in the world and changed the New York City skyline dramatically. Offices and corporations moved into the towers—also known as the World Trade Center—and the buildings were seen as the economic hub of the world.
Bookshop Amazon

Jewell Parker Rhodes
9-11
When her fifth-grade teacher hints that a series of lessons about home and community will culminate with one big answer about two tall towers once visible outside their classroom window, Dèja can't help but feel confused. She sets off on a journey of discovery, with new friends Ben and Sabeen by her side. But just as she gets closer to answering big questions about who she is, what America means, and how communities can grow (and heal), she uncovers new questions, too. Like, why does Pop get so angry when she mentions anything about the towers?
Bookshop Amazon 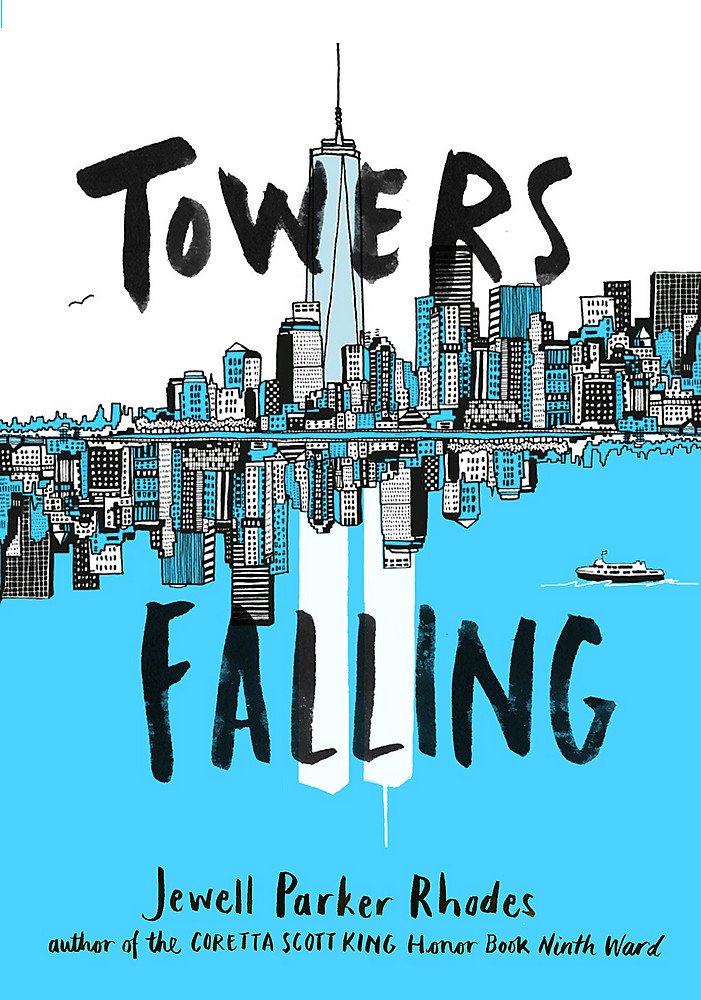 Nora Raleigh Baskin
9-12
Ask anyone: September 11, 2001, was serene and lovely, a perfect day—until a plane struck the World Trade Center. But right now, it is a few days earlier, and four kids in various parts of the country are going about their lives. Sergio, who lives in Brooklyn, is struggling to come to terms with the absentee father he hates and the grandmother he loves. Will’s father is gone, too, killed in a car accident that has left the family reeling. Naheed has never felt uncomfortable about being Muslim, but at her new school she’s getting funny looks because of the head scarf she wears. Aimee is starting a new school in a new city and is missing her mom, who must fly to New York on business.
Bookshop Amazon 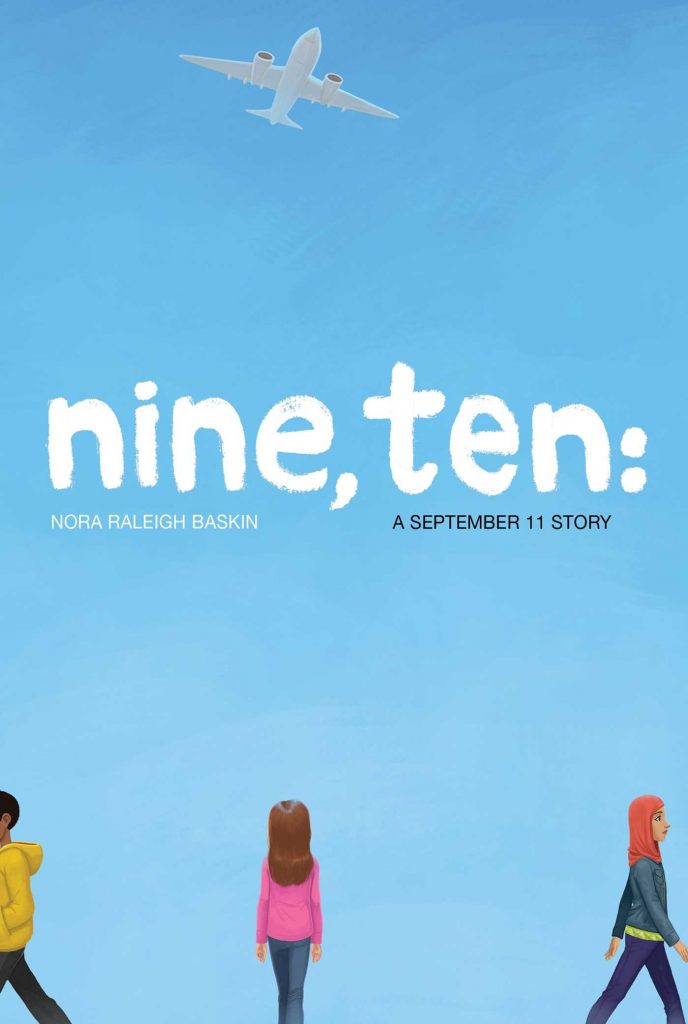 Alyssa Bermudez
8-12
It's the year 2000 in New York City. For 12-year-old Alyssa, this means splitting time between her Puerto Rican dad's apartment in Manhattan and her white mom's new place in Queens, navigating the trials and tribulations of middle school, and an epic crush on a new classmate. The only way to make sense of it all is to capture the highs and lows in doodles and hilarious comics in a diary. Then life abruptly changes on September 11, 2001.
Bookshop Amazon 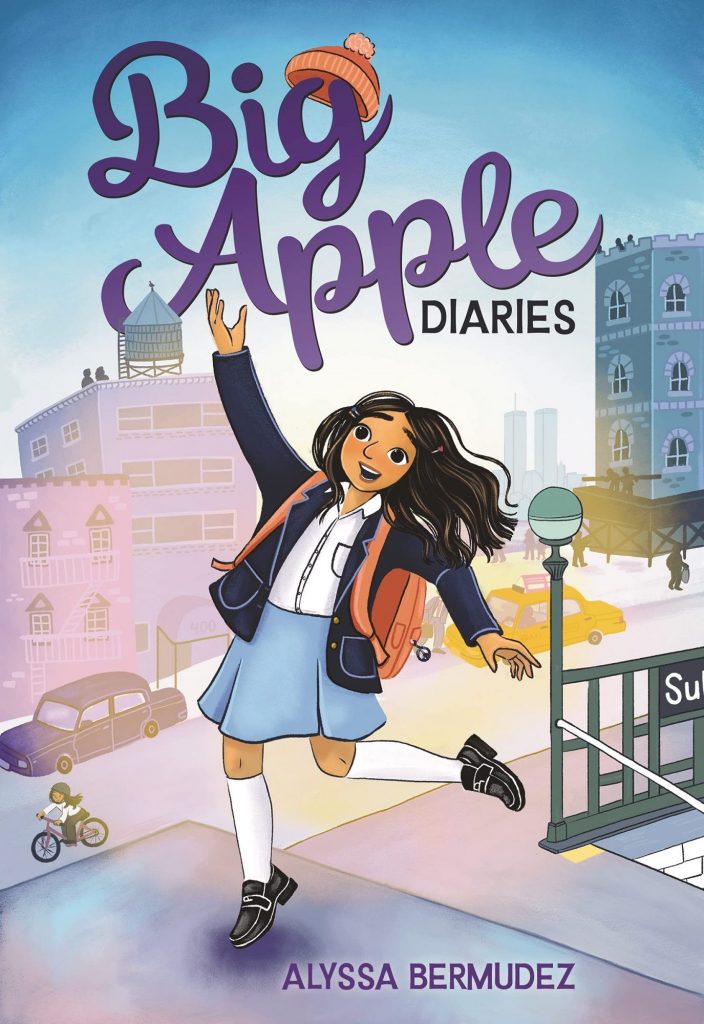 Yusef Azeem Is Not a Hero

Saadia Faruqi
8-12
Yusuf Azeem has spent all his life in the small town of Frey, Texas--and that long waiting for the chance to participate in the regional robotics competition, which he just knows he can win. Only, this year is going to be more difficult than he thought. Because this year is the twentieth anniversary of the 9/11 terrorist attacks, an anniversary that has everyone in his Muslim community on edge.
Bookshop Amazon 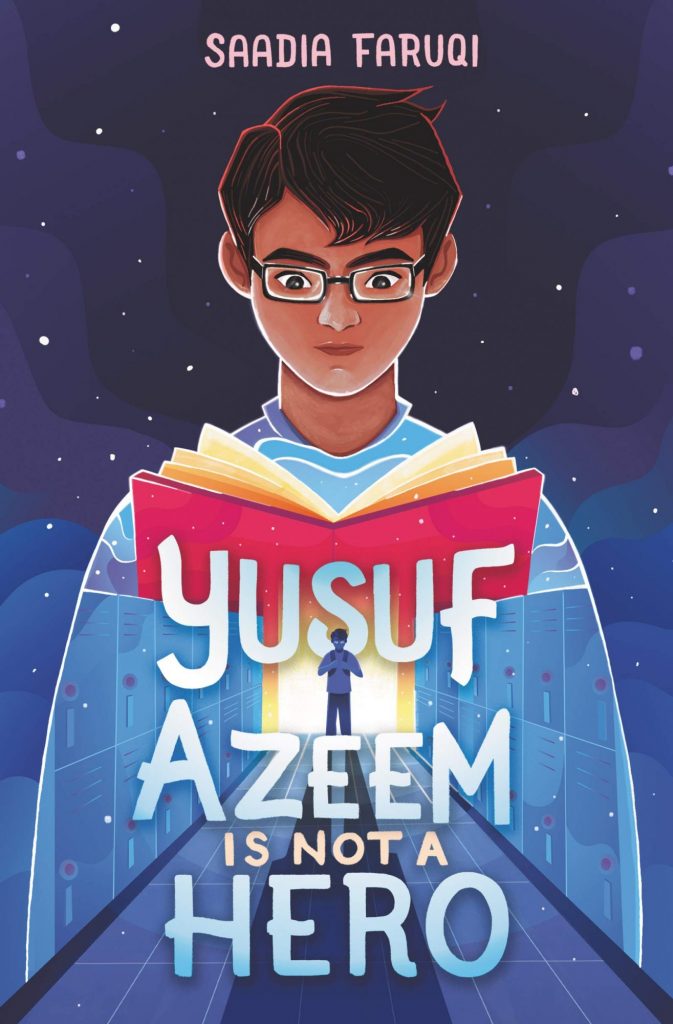 The Places We Sleep

Caroline Brooks DuBois
8-12
It's early September 2001, and twelve-year-old Abbey is the new kid at school. Again. I worry about people speaking to me / and worry just the same / when they don't. Tennessee is her family's latest stop in a series of moves due to her dad's work in the Army, but this one might be different. Her school is far from Base, and for the first time, Abbey has found a real friend: loyal, courageous, athletic Camille. And then it's September 11. The country is under attack, and Abbey's home looks like it might fall apart. America has changed overnight.
Bookshop Amazon 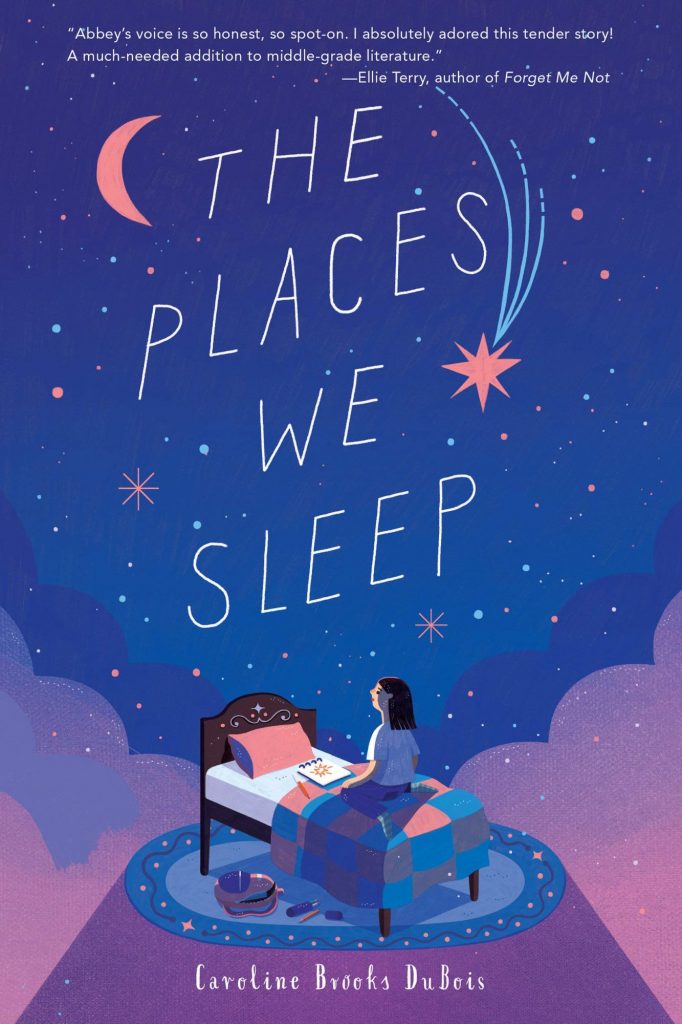 Winning Wednesday: All the Places We Call Home by Patrice Gopo

Cover Reveal: Lift Every Voice and Change: A Celebration of Black Leaders and the Words That Inspire Generations