It’s New Release Tuesday!  Tuesday is the day of the week when most books are typically published and available for purchase online or wherever books are sold.

Below are a few of the books released today that you should add to your TBR or holiday wish list.  These books include traditionally published books in different genres by authors and illustrators from around the world.  Support some of your favorite authors, independent bookstores, and quality literature by purchasing any of these books that catch your eye.  Spy any of your favorites in this list?  Which ones are you most excited about?

Please note: The book descriptions listed are the publishers, unless otherwise noted.

Additional book releases from today can be found HERE on Bookshop and HERE on Amazon.  Happy Reading!

Santa in the City

Tiffany D. Jackson, Reggie Brown
4-8
It's two weeks before Christmas, and Deja is worried that Santa might not be able to visit her--after all, as a city kid, she doesn't have a chimney for him to come down and none of the parking spots on her block could fit a sleigh, let alone eight reindeer! But with a little help from her family, community, and Santa himself, Deja discovers that the Christmas spirit is alive and well in her city.
Amazon Bookshop 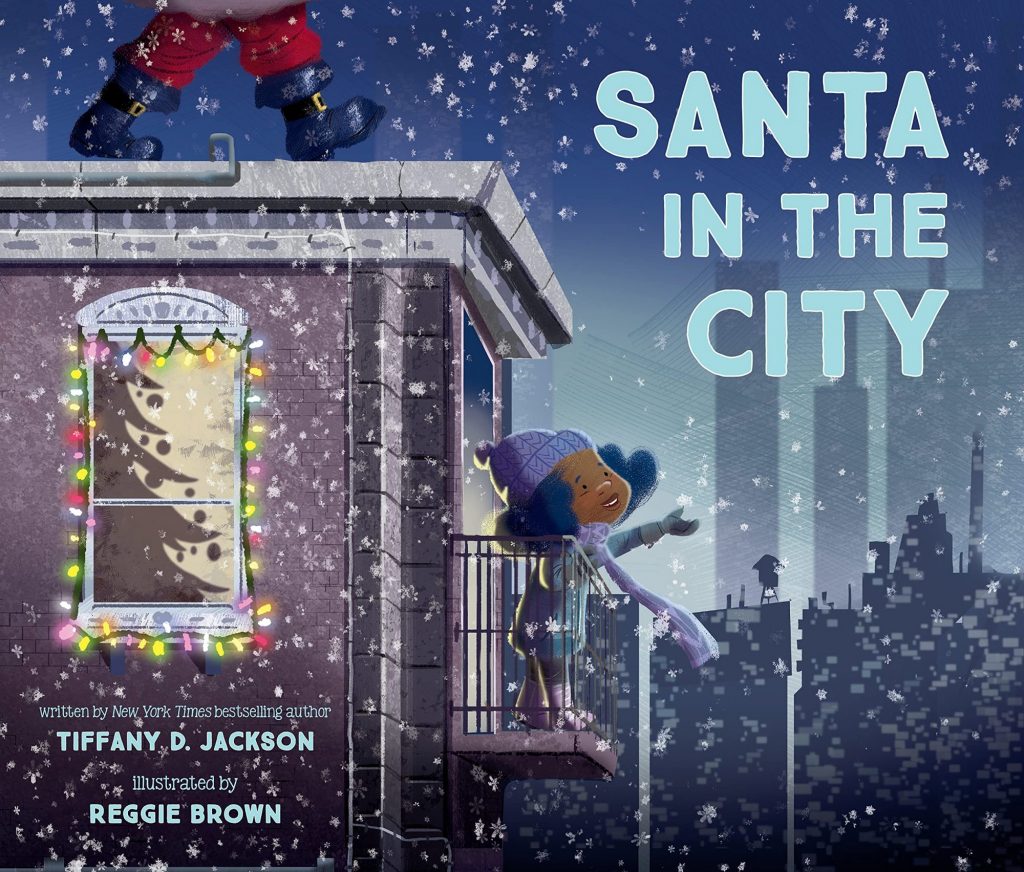 Carla and the Christmas Cornbread

Carla Hall, Cherise Harris
4-8
Christmas is Carla's favorite holiday of the year. She goes to her grandparents' house and eats grandma's special recipe--a perfectly delicious cornbread. She listens to her grandpa Doc's marvelous stories about traveling the world. And, best of all, she spends lots of time with her family. But when Carla accidentally takes a bite out of Santa's sugar cookie, she thinks she's ruined Christmas. How will Santa know to stop at their house if they don't leave him a midnight snack? With her grandmother's help, Carla produces a plan, but will it be enough to save Christmas?
Amazon Bookshop 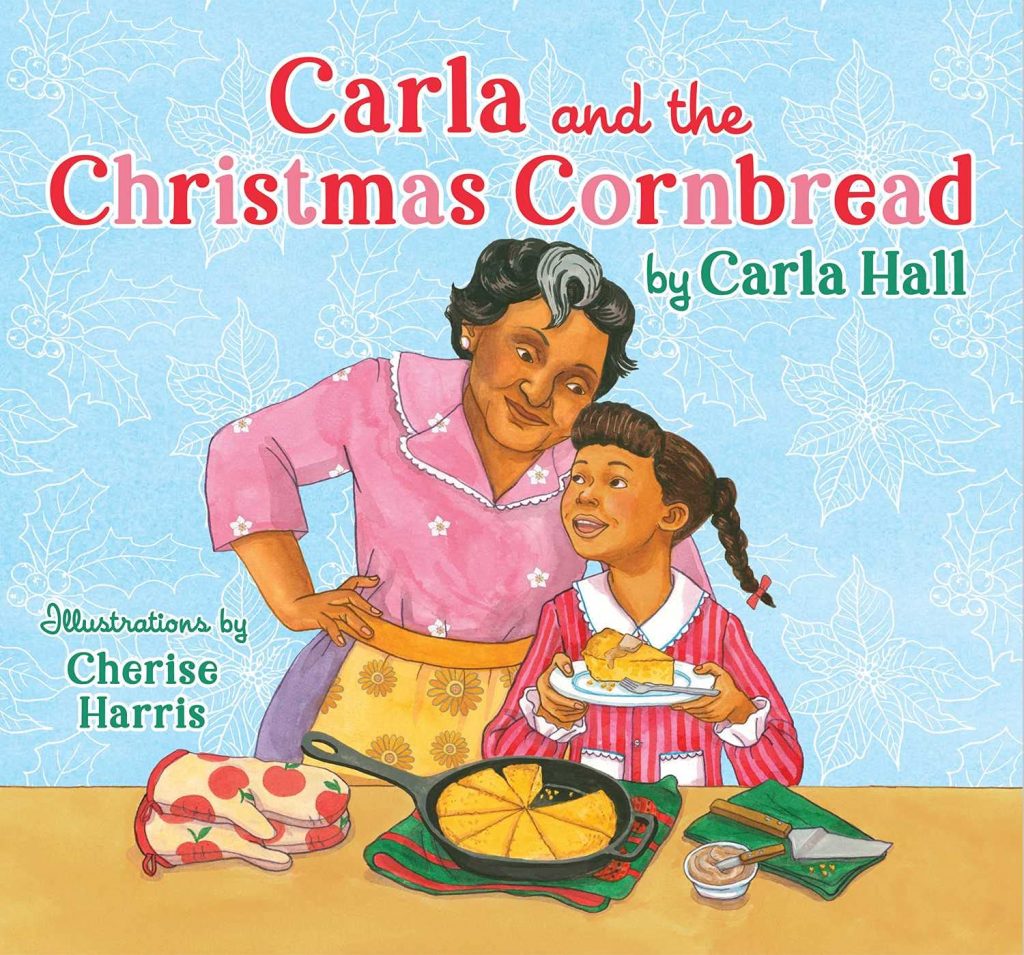 Jamise Harper, Jane Mount
14 and up
This richly illustrated and vastly inclusive collection uplifts the works of authors who are often underrepresented in the literary world. Using their keen knowledge and deep love for all things literary, coauthors Jamise Harper (founder of the Diverse Spines book community) and Jane Mount (author of Bibliophile) collaborated to create an essential volume filled with treasures for every reader. Fun fact: I'm featured in this book on page 72!
Amazon Bookshop 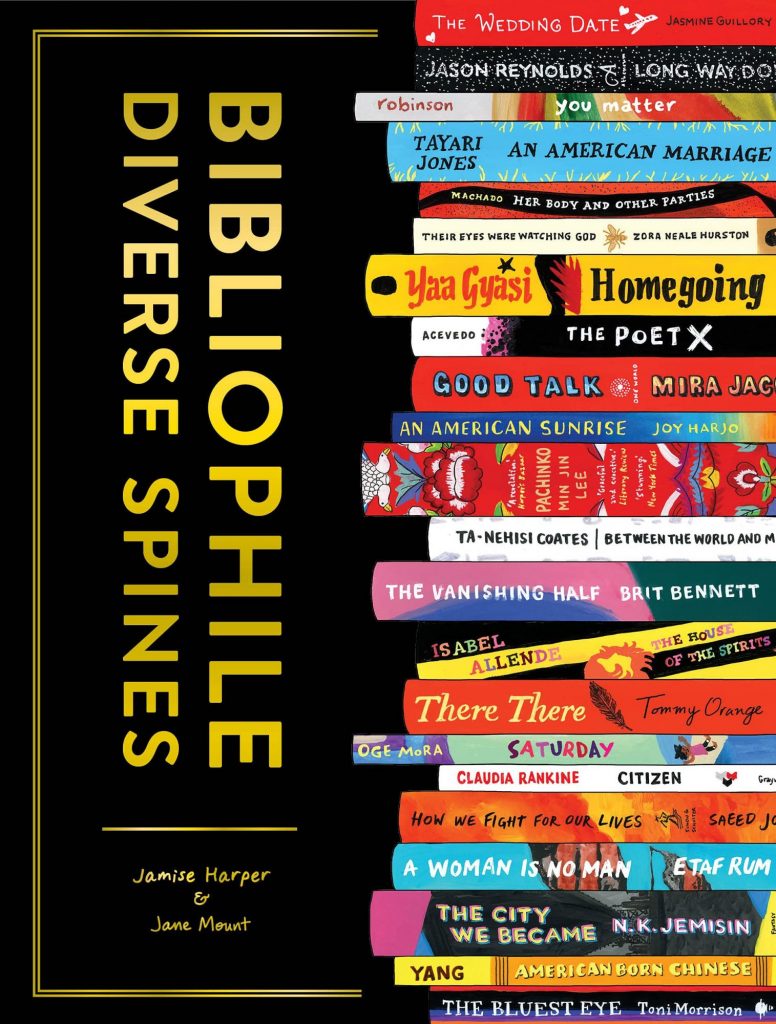 Sherri Duskey Rinker, A.G. Ford
4-8
When Christmas Eve arrives, there's just one job left for the big trucks to do--get their construction site ready for a festive night of fun! Lift the flaps on every sturdy page to reveal what each truck is bringing to the celebration, while discovering that the best Christmas present of all is the gift of being together. With bestselling author Sherri Duskey Rinker's lovable rhyming text, and heartwarming illustrations by AG Ford, this interactive Christmas tale will bring smiles to big truck fans and their families all season long. LIFT THE FLAPS: Seven sturdy flaps throughout encourage interactive reading and help little ones develop fine motor skills. Kids will love guessing what festive surprise hides behind every flap!
Amazon Bookshop 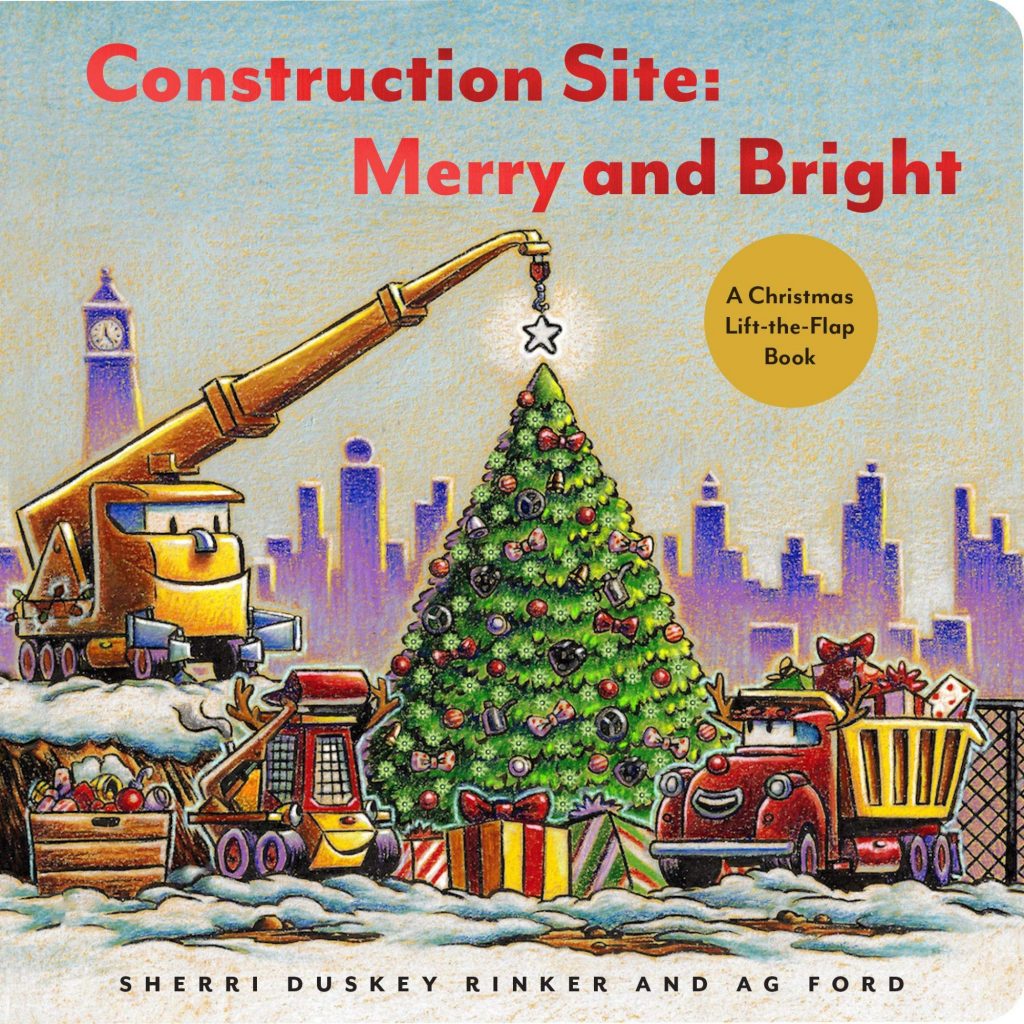 Peter H. Reynolds
4-8
Violet fondly remembered the table. It’s the same table she and her family used to gather at and eat meals together. Now, everyone in the family is too busy to enjoy sit down meals and Violet sits alone at the table. Everyone is too preoccupied with their screens to pay any attention to Violet. Dad watches tv sitting in his favorite chair in the living room. Mom sits on the stairs glued to her phone and her brother plays video games online with his friends using a tablet. Violet wants things to go back to the way they were before technology took over. Can Violet remind her family of the warmth of time spent together, and gather around the table once more? Unfortunately, the overconsumption of technology and social media is undermining family and personal relationships across the world. As a result, many people are missing important opportunities for connection and strengthening social skills. I love this book because it’s a true representation of what many families are currently experiencing. This book illustrates that while technology can be great, it’s different from physical connection and personal contact. Put your phones and devices away at the table and when in the presence of people you love and respect. - My Personal Book Review
Amazon Bookshop 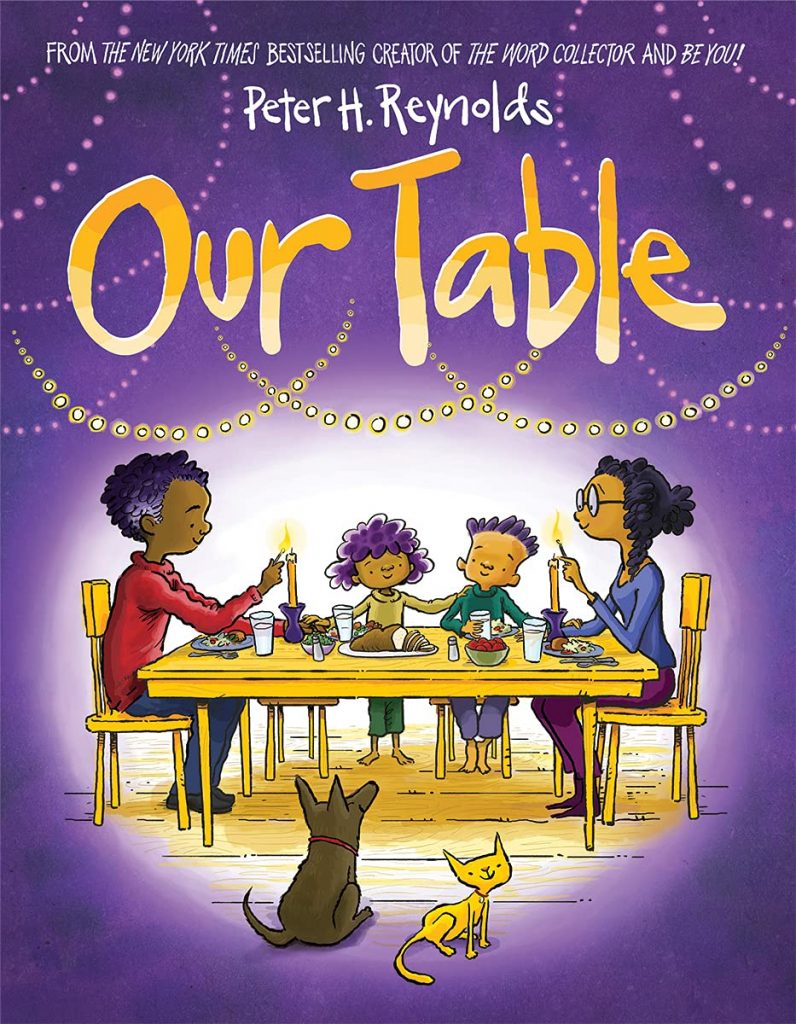 There's a Ghost in this House

Oliver Jeffers
4-8
A young girl lives in a haunted house, but she has never seen a ghost. Are they white with holes for eyes? Are they hard to see? Step inside and help the girl as she searches under the stairs, behind the sofa, and in the attic for the ghost. From New York Times bestselling author-illustrator Oliver Jeffers comes a delightful picture book that breaks the fourth wall about young girl's determination to find the ghost haunting her house. Includes tracing paper pages that make the silly ghosts appear on each page.
Amazon Bookshop 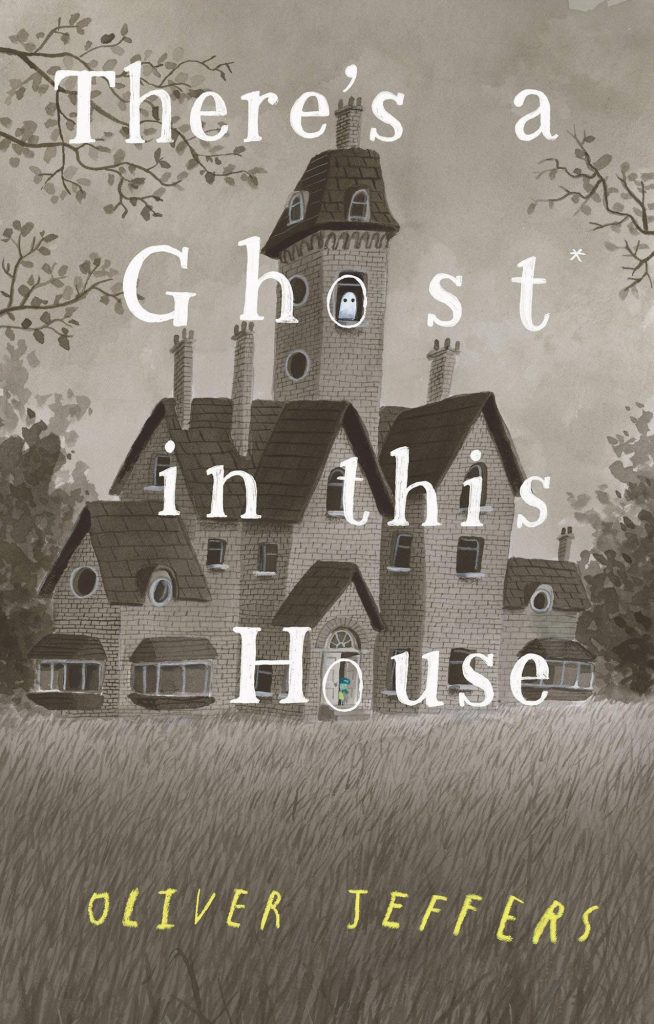 Parker Shines On: Another Extraordinary Moment

Jessica Curry & Parker Curry, Brittany Jackson
4-8
Parker Curry loves being a big sister. She gets to play dress-up with her little sister, Ava, and piano with her baby brother, Cash. And Parker loves to dance, twirling and leaping and spinning in joy. But when a dancer joins her class and needs her help, Parker wonders if she has what it takes to be not only a real dancer, but a real friend. This inspirational picture book has an afterword by prima ballerina and New York Times bestselling author Misty Copeland.
Amazon Bookshop 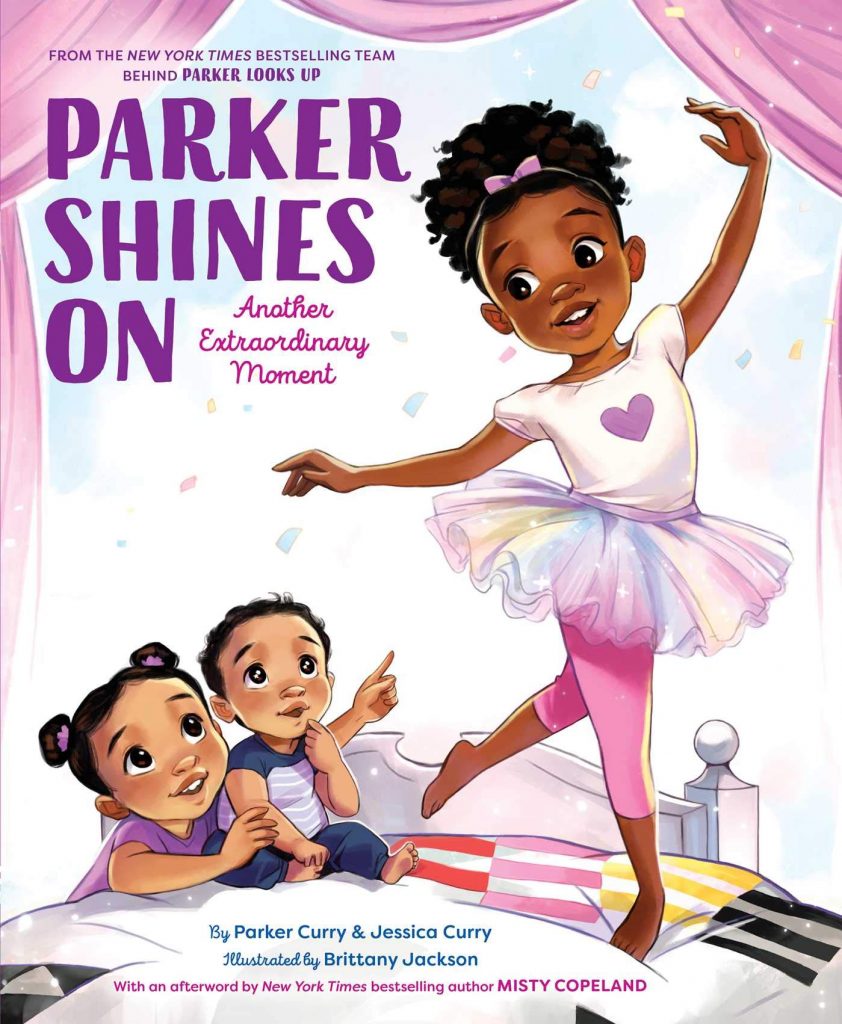 Skin of the Sea

Natasha Bowen
14 - 17 and up
An unforgettable fantasy debut inspired by West African mythology, this is Children of Blood and Bone meets The Little Mermaid, in which a mermaid takes on the gods themselves. Simi prayed to the gods, once. Now she serves them as Mami Wata--a mermaid--collecting the souls of those who die at sea and blessing their journeys back home. But when a living boy is thrown overboard, Simi does the unthinkable--she saves his life, going against an ancient decree. And punishment awaits those who dare to defy it. To protect the other Mami Wata, Simi must journey to the Supreme Creator to make amends. But all is not as it seems. There's the boy she rescued, who knows more than he should. And something is shadowing Simi, something that would rather see her fail. . . . Danger lurks at every turn, and as Simi draws closer, she must brave vengeful gods, treacherous lands, and legendary creatures. Because if she doesn't, then she risks not only the fate of all Mami Wata, but also the world as she knows it.
Amazon Bookshop 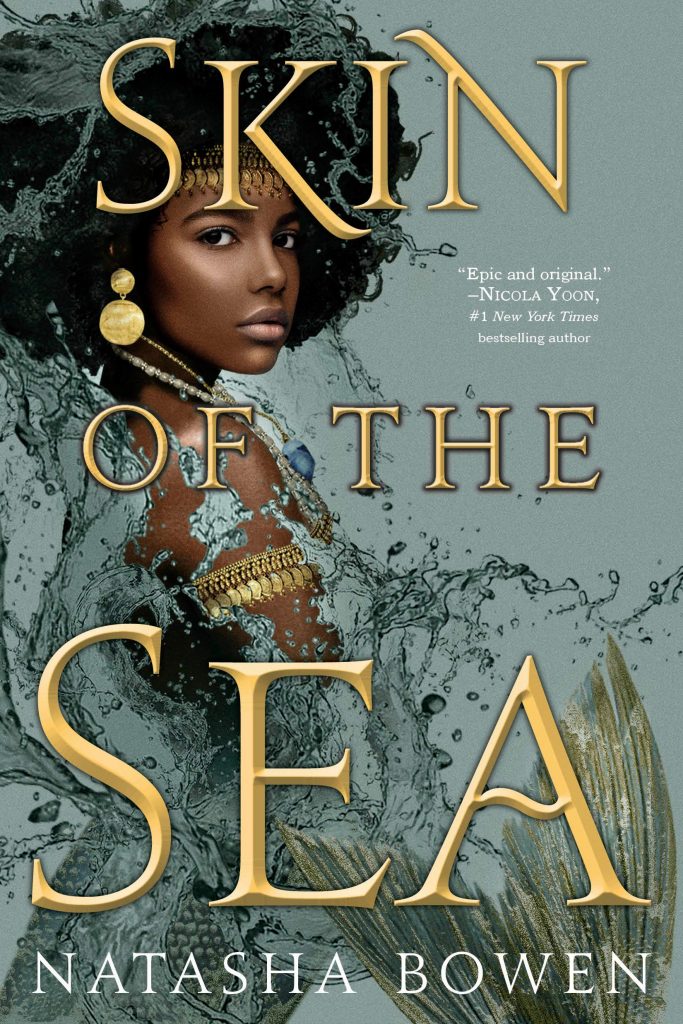 Alice Walker, Quim Torres
4-8
Sweet People Are Everywhere, an illustrated picture book featuring a poem by internationally renowned writer and activist Alice Walker, is a powerful celebration of humanity. The poem addresses a young boy getting his first passport, taking the boy--and the reader--on a journey through a series of countries around the globe where "sweet people" can be found. They are all over the globe. Sweet people can be found from Canada to Congo to Cuba, from Afghanistan to Australia, from Ireland to Iraq...there are sweet people in the thirty-seven places listed in these pages and almost everywhere else on the planet. Take a trip through the lines of this large-hearted poem by Alice Walker and meet some of them!
Amazon Bookshop 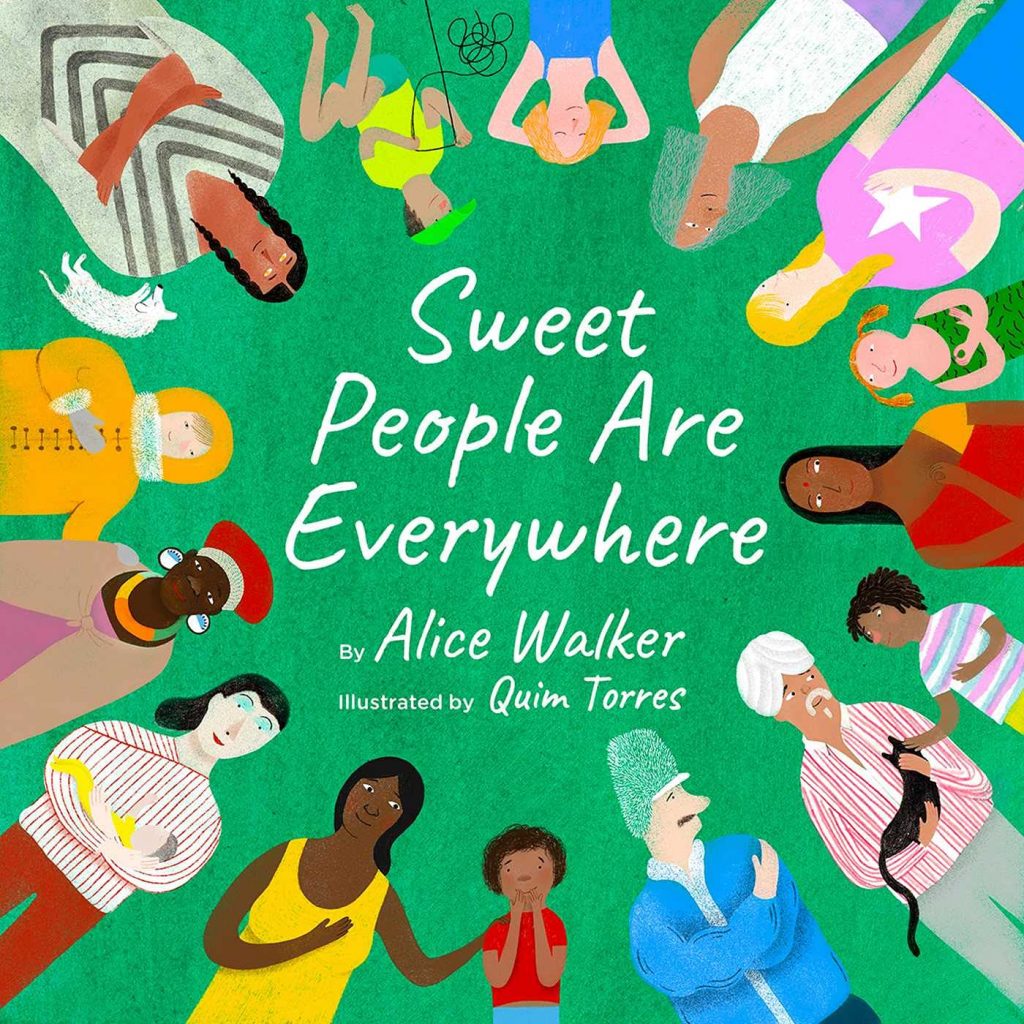 Black Ballerinas: My Journey to our Legacy

Misty Copeland, Salena Barnes
10 and up
As a young girl living in a motel with her mother and her five siblings, Misty Copeland didn’t have a lot of exposure to ballet or prominent dancers. She was sixteen when she saw a black ballerina on a magazine cover for the first time. The experience emboldened Misty and told her that she wasn’t alone—and her dream wasn’t impossible. In the years since, Misty has only learned more about the trailblazing women who made her own success possible by pushing back against repression and racism with their talent and tenacity. Misty brings these women’s stories to a new generation of readers and gives them the recognition they deserve. With an introduction from Misty about the legacy these women have had on dance and on her career itself, this book delves into the lives and careers of women of color who fundamentally changed the landscape of American ballet from the early 20th century to today.
Amazon Bookshop 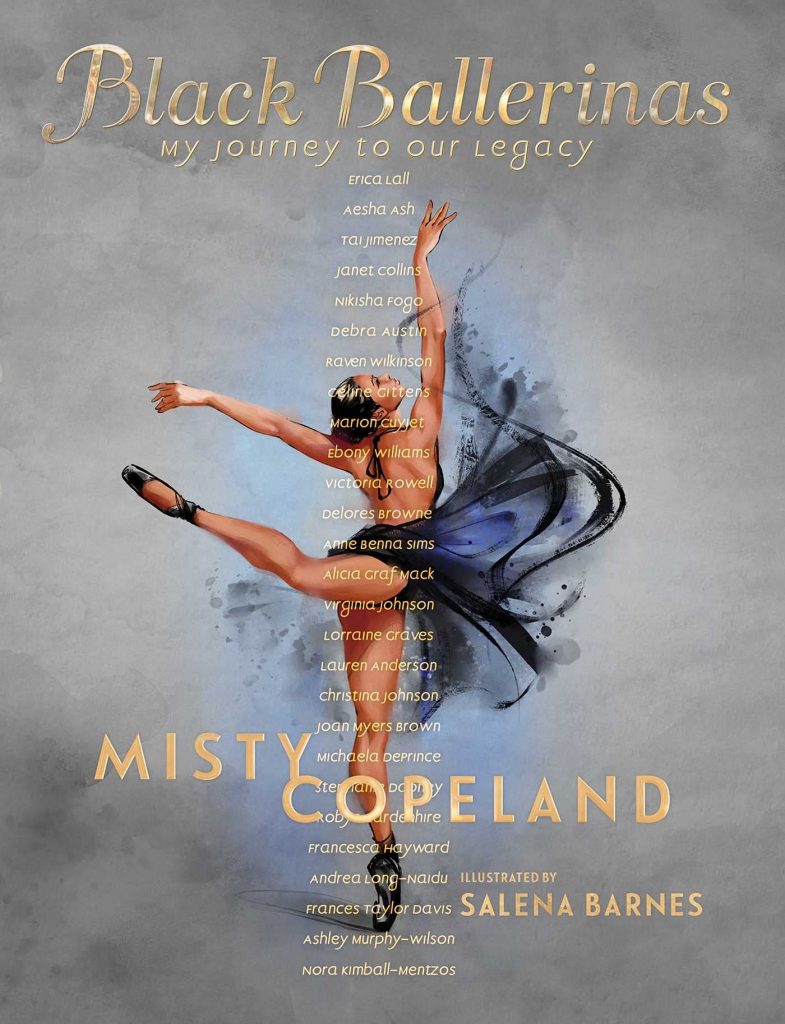 Gift Guide for Book Lovers: A Few of My Favorite Gifts for Bibliophiles

Cover Reveal: Nigel and the Moon by Antwan Eady and Gracey Zhang