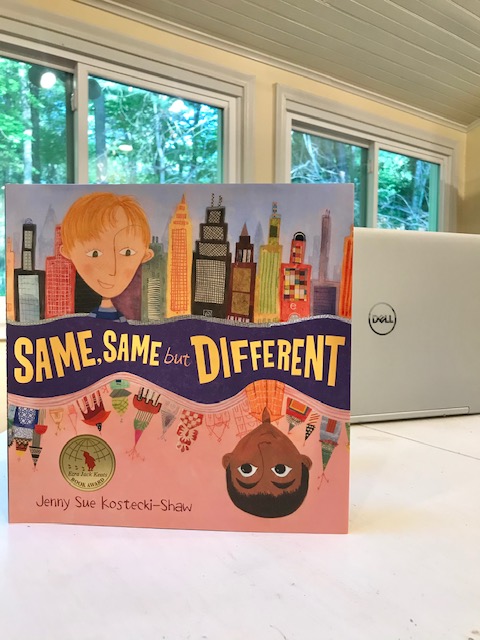 Same, Same, But Different by Jenny Sue Kostecki-Shaw
Published by: Henry Holt and Company
Ages: 4- 7 and up

Synopsis
Elliot lives in America, and Kailash lives in India. They are pen pals. By exchanging letters and pictures, they learn that they both love to climb trees, have pets, and go to school. Their worlds might look different, but they are similar. Same, same. But different!

Through an inviting point-of-view and colorful, vivid illustrations, this story shows how two boys living oceans apart can be the best of friends.

Did you know this award-winning book by Jenny Sue Kostecki-Shaw has now been adapted into a modern-day digital production that you can watch virtually? Thanks to the New York City Children’s Theater, you can watch Same, Same, But Different from the comfort of your own home or classroom. 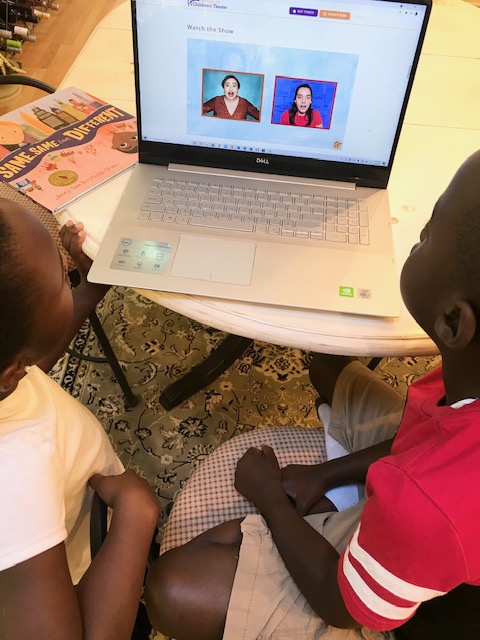 Not only can you watch the show, but there are also pre-show games and activities as well as post-show activities. Kids can download and print a pen pal letter template so they can begin their own pen pal journey. There is also an easy activity to make a paper plate mailbox.

While the overall message of the virtual show is the same as the book, the plot and storyline has been updated to reflect present day. Instead of two boy pen pals communicating, Kailash from India is chatting with a girl named Elena (“El) who lives in America. 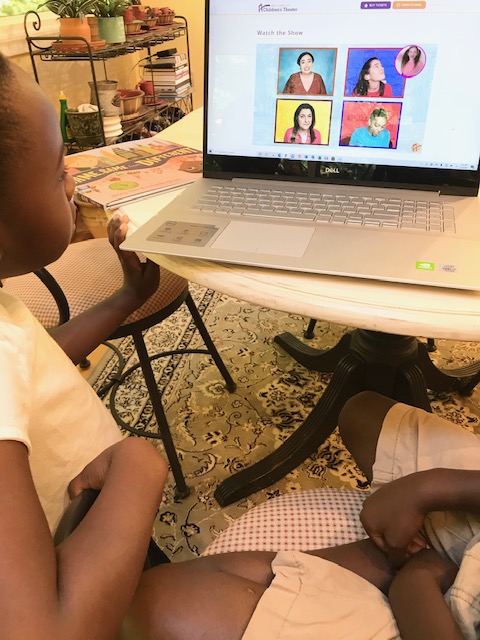 Kailash and El are seen communicating in a virtual space by sending emails and video chatting via Zoom instead of writing handwritten letters back and forth. The two characters talk about their similarities, differences, and cultural traditions. They also talk about COVID, navigating the world in this “new normal”, empathy, family, and friendship.

Purchasing a $20 streaming pass (temporary link in bio) provides you with access to the show, as well as the pre and post-show activities. Best for ages 5-10 and up.

Thank you to our friends at the New York City Children’s Theater for allowing us to watch the show and share it for others to enjoy.

Written by Barbara Zinn Krieger and Maximillian Gill
Directed by Sammy Lopez
Based on the book Same, Same, But Different
Written & Illustrated by Jenny Sue Kostecki-Shaw

About the New York City Children’s Theater
The mission of New York City Children’s Theater is to promote children’s literacy and social development through professional theater productions and arts-in-education programs. They reach children and their communities with a wide range of programming, including full-scale productions, small touring shows, interactive workshops and in-school residencies, and engage with them in traditional theater spaces, school auditoriums, classrooms and cultural venues in their neighborhoods.

The NYC Children’s Theater demonstrates that engaging young people in the arts has a positive impact on their cognitive, emotional and social development, and furthers a lifelong appreciation of the arts.

Visit their website to learn more about their additional digital productions and events.

Science Buddies: Make Your Own Slime with Hero Elementary on PBS Kids